Is the CBD legal in France?

The generalist newspapers talk about legal cannabis in order to refer to CBD flowers. Several CBD shops are opening in France but they close shortly afterwards. In this case, many ask the question: Is CBD legal in France?

What exactly is CBD?

In order to understand CBD, you need to know that you can see several molecules in a cannabis plant. These molecules are called cannabinoids. The best known is THC or delta-9-tetrahydrocannabinol. However, CBD is one of these types of molecules. On average, cannabis is loaded with 10 per cent THC in its natural state. This concentration of THC causes high effects on cannabis. CBD or cannabidiol is not psychoactive. Indeed, the effects of CBD on some symptoms appear to be positive. In this case, CBD has relaxing properties. Unlike cannabis, CBD is not addictive. It even protects against the development of addiction. In addition, CBD allows cigarette users to reduce their cravings. It is also said to block all the consequences of THC on the nervous system and this reduces its psychoactive effects.

The legal framework of the CBD

The regulations say that transactions involving cannabis are prohibited. However, cannabidiol has an exceptional authorization. CBD must be included among the varieties that are authorized by the health authority. Cannabis fibres and seeds can be used. Moreover, it is forbidden to consume cannabis flowers. The THC content must not exceed 0.2 %. Care must be taken because the THC content that is allowed concerns the finished product and the plant. In France, a product is legal when, at the end of production, no trace of THC is found.

Is legalization advantageous for France?

In France, one should find a product derived from cannabis as a result of a European law that tolerates the CBD business in France. In a hemp crop, French farmers find a market with several outlets. On the one hand, this crop absorbs essential amounts of carbon dioxide. On the other hand, it is also more lucrative than the other crops that are widespread, namely wheat. Moreover, hemp cultivation is currently well controlled.  The country imports most of its hemp needs to other neighbouring countries. The sale of cannabis that is in the form of CBD is not prohibited in some European countries provided that it complies with the THC level: less than 0.2 per cent. Although CBD is legalized in France, its sale poses problems in other countries. Other countries face legal uncertainty regarding cannabidiol.

In the same category
In which country is it possible to vaporize CBD when you travel? 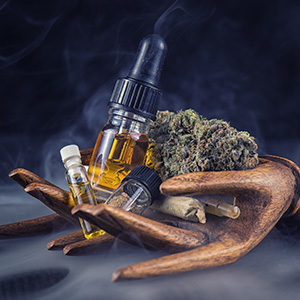 Voting from the CBD

CBD is legal in France, from planting to marketing. That said, there are strict regulations to be followed by all actors.